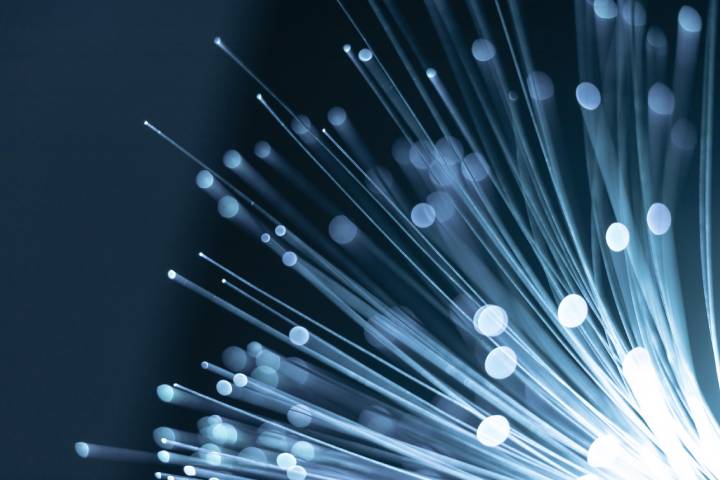 A connection 17,800 times faster and more performing than the current best fiber connections on the planet. News that has passed on the sly but which has an enormous value from the point of view of technological evolution and the future of fiber optic connections.

A group of researchers from University College London, who thanks to their work and experiments have managed to exceed by more than 20% the record currently active and set by a team of Japanese researchers.

These researchers, thanks also to the collaboration of two large companies such as Xtera and KDDI Research ( respectively big player in the supply of underwater telecommunications technologies and a research and development company for the application of new technologies) have managed to transfer data over optical fiber to 178 Terabits per second, an incredible speed that is 3 million times faster than the average of our home connections.

To make you understand better, such a connection is capable of downloading the entire Spotify catalog or the entire Netflix video library in much less than 1 second! We are talking about truly exceptional numbers and results that open up exciting scenarios for the future of fiber optic connections.

In the past, with the same technologies and infrastructures used by the British research group, it was possible to reach 150 Tbit / s, an already unthinkable result, which has now been improved even more by the London researchers.

First of all, there are two things to specify, the operation was done in the laboratory and therefore the real capabilities over long distances should be verified. But the most important news is that it is a technology that can be implemented immediately, the existing cables are enough, there is no need to do new excavations and update the cables, but just update the signal amplifiers.

But let’s see in detail what the Anglo-Saxon team developed and how they managed to achieve this record.

The record speed of 178 Tbit / s was achieved by transmitting data across a bandwidth with a wider spectrum than that usually implemented in optical fiber. The normal bandwidth is around 4.5 THz and, only in some cases, using innovative technologies, at 9 THz. The British researchers together with the KDDI Research team managed to exploit a bandwidth of 16.8 THz, almost double the most advanced standard known.

The New Standard For Optical Fiber: Breaking All World Records

In 2019, the London researchers together with Xtera had managed to transmit at a speed of 74.38 Tbit / s over a distance of 6,300 km on single-mode fiber. The Record, however, was 150 Tbit / s, again on single-mode cables, set by a Japanese research group.

Now towards the end of 2020 the long-awaited news, passed the wall of 150 Terabits, with a speed of 178 Terabits per second.

All this without modifying the standard cable is the most important innovation because in the past it was also possible to bring a fiber connection to 225 Tbit / s, but through a modification to the cable.

In that case, in fact, multimode cables were used, multicolored fiber cables made from 7 strands that used a multiplexing technique, while researchers from the British University together with Xtera and the Japanese KDD team used a single single-mode fiber cable. In practice, the optimized current technology, using innovative techniques that we’re able to exploit current infrastructures much more efficiently.

The thing that makes this study truly exceptional is that everything could be implemented right away. No changes to the current standard infrastructure are necessary. This means that to implement the new HyperFast Fiber Optic, there is no need for a lot of manpower or cable renewal. According to the research group, this technique can be replicated immediately with existing technologies and in a fairly cheap way and in any case not burdensome for distributors and consumers. It involves updating the amplifiers positioned on the paths where the cables are laid.

Lidia Galdino, head of the research, states that this speed is very close to the theoretical limit of data cable transmission established by the American mathematician Claude Shannon in 1949.

To give an idea of ​​the extraordinary developments of this research, with 178 Tbit / s of data transmission available in less than 3 seconds we could download the entire Netflix catalog, the entire Spotify Audio Library, and the Steam Videogames library. and Origin

In conclusion, in the last year, we have seen how important ultra-broadband connections on fiber are, the Pandemic has shown the whole world the limits and possibilities of the Internet. With many more people connected, we have seen large players operate restrictions on viewing high-quality content (see youtube) to avoid collapse. An innovation of this type will be of great help as we face an increasingly connected world and the need to have a super-fast bandwidth will soon become an obligation for everyone.

Also Read : Cloud Server: What It Means And What Advantages It Can Give To Your Company