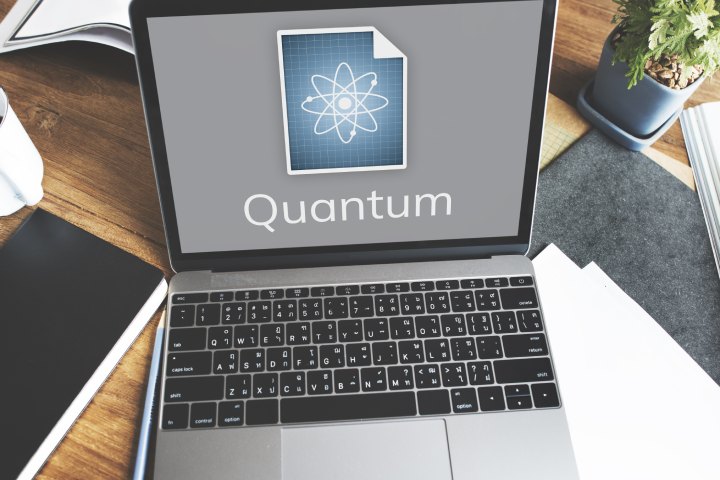 What is it? Quantum communication networks imply the transfer of quantum information between two quantum systems remote in space in a way that is protected from intruders. And scientists in this field have made more progress than developing a universal quantum computer.

The main advantage of data protection in quantum communication networks is obtaining a secret key, the secrecy of which is based on the indivisibility of a quantum and the impossibility of copying a quantum state, that is, on the laws of quantum physics.

The key is not transmitted directly, in the same way that classical information is shared. A secret quantum key is formed by two users in sending and measuring quantum states, for example, using polarized photons.

Why are they needed? Interest in quantum communications is partly due to the development of big data – all this big data needs to be processed and transmitted at high speed and in a secure way. According to IDC forecasts, by 2020, almost 40% of data will be processed using cloud services. This will significantly increase the need for quantum communications and encryption since a significant amount of data transmitted to the cloud must be protected.

Quantum cryptography can protect data in communication networks for various purposes, including satellite data channels. The emergence of quantum cryptography devices on the market for data center owners, banks, telecommunications companies, and Internet providers will open up excellent prospects. For these industries, they will be incredibly convenient because new keys will be generated automatically, significantly increasing the level of data protection from hacking.

Which has already been developed: It is possible to transmit information in a “quantum” way with the help of communication networks that some countries already have. For example, in China, a 2,000 km Beijing-Shanghai quantum communication network has been built, and it is being expanded by laying similar lines between other cities. Protons are used to transmit, which cannot be divided; their quantum state cannot be cloned. Thus, there is no way to listen to the line.

So they usually do not travel more than a couple of tens of kilometers; the maximum transmission range on operated telecommunication networks is about 100 km. On the line, you have to build nodes where the signals are decrypted and encrypted before being sent further. For example, there are 32 such nodes on the Beijing-Shanghai line.

Therefore, scientists are trying to use quantum entanglement to transmit data – a phenomenon in which two particles are so interconnected that one can understand the state of the other, no matter how far apart they are.

Quantum communication networks and critical transfer systems are being developed in China, Europe, and Russia. In December 2017, Sberbank and RCC launched a quantum network with a length of 25 km. The way it works could be seen at the St. Petersburg International Economic Forum, where a video conference was held between the leaders of Sberbank, Gazprombank, and PwC Russia.

In September 2019, the Kazan Quantum Center, Rostelecom, and Tattelecom successfully experimented on the distribution of quantum keys on a fiber-optic communication line (FOCL) with a length of 143 kilometers.

Quantum encryption can be applied to any communication. For example, specialists from the InfoTeKS company and the Center for Quantum Technologies of Moscow State University developed a telephone with quantum encryption. It encrypts the voice traffic between the interlocutors, making it impossible to access it.

It is essential not to forget that quantum cryptography is directly related to information protection and, therefore, must be designed and tested for compliance with the characteristics declared by manufacturers. Qualified regulators should carry out verification with appropriate procedures. Otherwise, it may turn out the way it was with early ID Quantique systems that a group of enthusiasts managed to crack.

Also Read: Quantum Computers Will Have To Be Hidden From Cosmic Rays In Mines