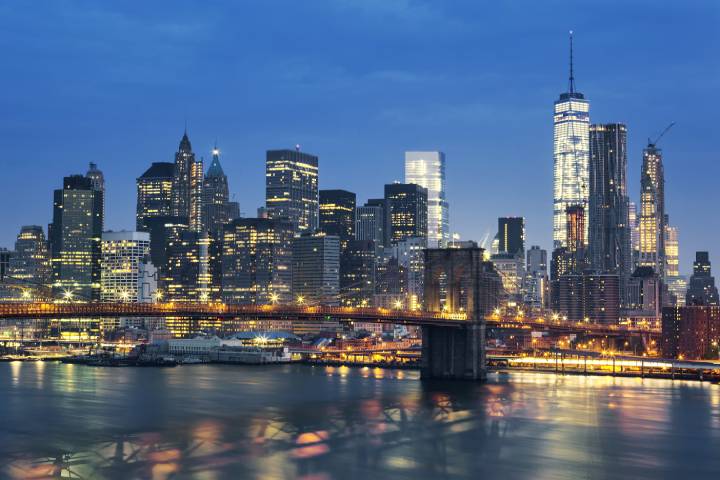 Thanks to the development of analytics and big data technologies, intelligent solutions have appeared to manage megacities’ infrastructure. And analysts have coined the term “smart cities”. In practice, it turned out that there are so many interconnected data streams in megacities that it is correct to talk about the transformation of smart cities into data-driven cities. But so far, according to experts, not a single metropolis has grown to the level of a data-driven city.

Data is gaining weight in metropolitan areas, and the digital revolution and the spread of the Internet will spawn a new phenomenon – data-driven cities (DDC), according to PwC analysts. Experts identify three critical components of DDC:

For the transition from intelligent cities to DDC, according to the head of the Kauri project office

At the same time, it is essential to interpret the results of collecting big data and analyze this information. Hypotheses are formed and worked out, including by the expert method. According to Evgenia Arefieva, managing partner of the Urbanika Institute for Spatial Planning, monitoring urban processes and residents’ behaviour will make megacities more comfortable to live in a while reducing operating costs.

The city’s infrastructure and technology will change, adapting to its residents’ needs and solving problems. Continuous large-scale data collection and monitoring will help with this, says Ekaterina Cherkasova. “The management of such a city is similar to the management of a company: assets are controlled, information is collected about all stages of work, and on its basis, decisions are made, and forecasts are made,” the expert explained.

How Cities Use Data

The use of the Internet of Things and sensors, which collect massive amounts of information and process them in real-time, make it possible to move from a reactive approach to the work of city services to a proactive one. This makes it possible to react promptly and prevent the emergence of massive threats, says Sergey Kikilo, a leading systems engineer at ICL System Technologies.

In megacities, open data portals are being created, thanks to which residents learn about the environmental situation, the cost of renting houses, the nearest medical facilities, etc. The information from the sensors helps protect residents from fires, traffic jams and other problems. Analysts name New York, Barcelona, ​​Shenzhen, Moscow among the “smartest” cities. These megacities will be the first to turn into DDCs.

In New York, the Mayor’s Office of Data Analytics (MODA) collects information from various departments to increase citizens’ levels of comfort and safety. A complex of sensors operates in the city, which recognizes the noise from the shots of firearms and quickly transmits information with coordinates to the nearest police stations.

Even in New York, they analyze information about the accumulation of garbage on the streets and blockages of sewer wells. This improves recycling efficiency and helps to hold cleaning companies accountable.

Historical data is used to predict fires. Based on the information analysis about the condition and age of buildings and hot spots of past fires, 911 employees draw up inspection routes. The implementation of this analytics has helped increase the effectiveness of inspections for compliance with fire regulations by 70%.

In addition, the NYC Networking Operations Center analyzes information on water consumption. Water use reports and bills are automatically generated. The data obtained is needed to optimize the urban water supply.

Also Read: How To Secure Remote Access To A Cloud Infrastructure?

Parking And Rubbish In Barcelona

In Barcelona, ​​parking spaces are equipped with sensors built into the asphalt. The task of the devices is to count the number of free and occupied places. Drivers receive information thanks to information services at a distance of several kilometres from the parking lot. If motorists were looking for accessible places, they would create congestion.

Domestic waste in the city is disposed of using an intelligent system. Can arrange containers like an iceberg: the visible part is the top of the tank. The vacuum pump sucks the garbage into the underground bunker, which prevents the spread of unpleasant odours and prevents the spread of garbage by homeless people and animals. Information about the filled containers goes to service organizations. Based on traffic information, the optimal route for the departure of special equipment is drawn up.

Shenzhen Will Protect Citizens From Emergencies

The Situation Center is located in the Shenzhen Industrial Park. Thanks to the vast map screen, thousands of cameras with face recognition and license plates, the city is at a glance. It is enough to hover the cursor over the desired building, and the data on:

Drones and patrols are responsible for the safety and updating of maps. UAVs conduct surveys and accumulate new data, with the help of which information about new buildings and organizations is applied to the innovative city map. Security officers patrol the city, draw up the coordinates of dangerous places, simulate emergencies and the affected area, and enter the results into a single database. This approach will help to minimize the number of victims in case of real danger. A year ago, the number of dimensions exceeded 1.8 billion program lines.

Video analytics and a face recognition system are being introduced in the Russian capital. The Unified Medical Information and Analytical System (UMIAS), the automatic traffic control system (ATCS), and the passenger traffic accounting system have proven their effectiveness.

With the help of UMIAS, the Moscow Government has taken a comprehensive approach to solve the problem of the workload of municipal polyclinics. The next step was the redistribution of the load. “The waiting time for a therapist for townspeople has been reduced from 5-7 days to a day. Although originally proposed to increase the polyclinic network by five times, did this with existing resources,” said Artem Ermolaev.

Extensive data analysis helps in the development of the capital’s intelligent transport system. The city analyzes unstructured information from:

Also, in Moscow, they use data from geo analysts of telecom operators. Telecom operators provide information on the movement of their subscribers, broken down into sections of 500 by 500 meters. Home is where a person spends the night, and work is his location from 10 am to 5 pm on weekdays. If subscribers regularly enter Moscow from Monday to Friday, they are considered labour migrants. Also, operators separate metro stations separately, recording subscriber flows and travels time.

Not a single metropolis is 100% compliant with the DDC concept. Cities have just entered the race to collect data and implement innovative development strategies. “Today, cities are living laboratories. Administrations are testing technologies on residents and assessing the level of impact of technologies on the population, calibrating tools,” says Yevgenia Arefieva.

There is a lack of open and standardized data to implement the DDC concept. The lack of information can be covered by the owners of data with whom you need to negotiate. “So, different individuals and legal entities have information about the work of production or the traffic load.

The lack of willingness to share data complicates the modernization of the city,” says Ekaterina Cherkasova. The owners of self-driving cars, whose vehicles will communicate with each other and the transport infrastructure, will, if desired, share videos and photographs with utilities. Those will quickly remove garbage and snow, repair roads, look for violators, and optimize traffic flows.