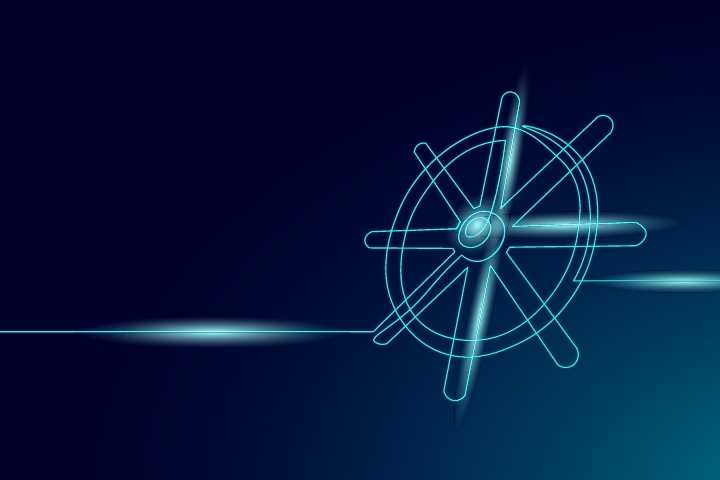 In addition to the standard Docker Swarm, there are other orchestration tools, such as Kubernetes. This complex system allows you to build a fault-tolerant and scalable container management platform. It can work not only with Docker containers but also with other containers: rkt, CRI-O.

Kubernetes has quite a few features to build large-scale distributed systems. Because of this, the threshold for entering the technology is much higher than in Swarm. You need to have a certain level of knowledge, and the initial installation and configuration can take several days.

When viewed globally, the Kubernetes appliance is similar to Swarm. The cluster consists of two types of nodes: master (Master) and workers (Worker):

So why do we need Kubernetes with its complexities when there is already a “native” and simple Docker Swarm?

The fact is that Kubernetes allows you to solve tasks beyond the power of Docker Swarm. For example, let’s take autoscaling: this is when the system itself adjusts its power to the load. Nodes are automatically added/removed to the cluster, or more/fewer resources will be allocated in existing nodes for “heavy” tasks.

But if the system can scale, it will respond to the increased load and increase the resources for these tasks. And when the load subsides, it will re release these capacities. If the cluster is hosted in the cloud, autoscaling saves money. At downtime, unused resources are released, and you do not need to overpay for them.

So, in Kubernetes, you can configure autoscaling. Yes, you will have to write a configuration file and make other settings, but as a result, you will get a working and stable system. And if you deploy a cluster in a cloud that supports autoscaling, it will take only a few minutes to set up.

Docker Swarm can’t do this out of the box. It is possible to build an auto scaling system using Swarm. But for this, you will have to manually write scripts or programs that will monitor the load, make decisions and send commands to Docker Swarm. Or you can use third-party developments, like Orbiter, but its capabilities are also limited, and in any case, this is another additional add-on over Swarm.

Now imagine that in addition to autoscaling, you have other tasks for which you have to fence a bunch of tools over Swarm. All this needs to be supported, understood how it works and thoroughly tested with updates. In Kubernetes, such complexities are hidden inside, and they work stably.