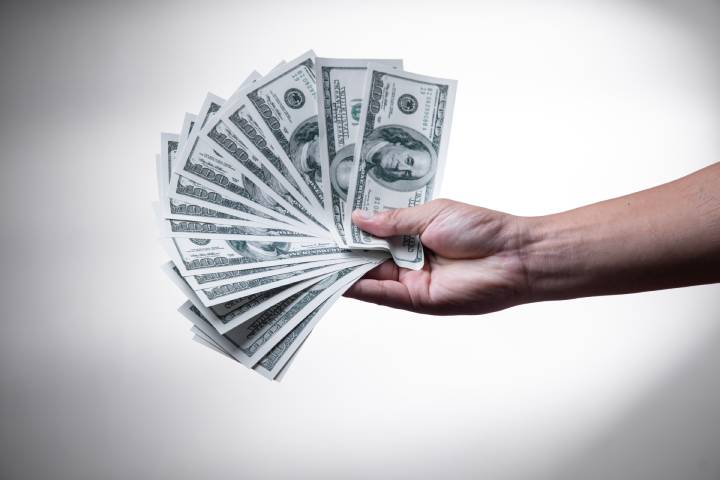 According to the investment firm Morgan Stanley, the entrepreneur could cross the threshold of twelve zeros thanks to SpaceX. The Tesla founder, however, thanks Dogecoin.

Elon Musk could become the first trillionaire in the world and history. The assets of the founder of Tesla and SpaceX would be about to exceed the threshold of twelve zeros, thanks to his space company’s growing fortune. To support this hypothesis is the US financial company Morgan Stanley which has made the calculations on the current financial situation of Musk and foresees the possible increase in the coming years, based on the projects, in particular concerning the Moon and Mars, that the visionary tycoon is bringing forward. The person concerned, however, thanked Dogecoin.

According to Morgan Stanley’s analysis, Tesla is currently worth 850 billion and is the leading automobile company globally. At the same time, SpaceX is worth “only” 100 billion but could increase substantially over the next few years. Tesla is already back from impressive growth in profits and surpassed 1 billion thanks to Bitcoin, with again from cryptocurrencies equal to that obtained from the sale of cars. On the other hand, the listing of SpaceX could take off in the coming years thanks to the various space mission on behalf of NASA that are planned, including the return to the Moon and the ambitious mission to Mars, the latter still to be planned. Another factor to keep an eye on is the evolution of space tourism which could bring additional revenue.

What Do Dogecoins Have To Do With It?

Elon Musk holds a tremendous amount of dogecoin cryptocurrency, which graphically harks back to an internet meme featuring a Shiba Inu dog. Born as a joke in 2013, today, it has entered the top 5 of cryptocurrencies by capitalization. UberFacts, an online web service/app that delivers world news on social media, tweeted that the US entrepreneur could “become the world’s first trillionaire with SpaceX.” Below the post came the response of the person concerned who specified “in Dogecoin. “The reply was a joke, but it sparked the rush to buy the cryptocurrency that reached above $ 0.25 and reconfirmed Musk’s interest in this” meme coin. “

As for the SpaceX owner’s net worth, according to the Bloomberg Billionaires Index, it currently has risen to $ 249 billion and is worth more than New Zealand’s gross domestic product and is likely to surpass that of Portugal. However, the entrepreneur’s projects are ambitious and varied and could significantly increase his financial situation. Among the latest news is the idea of building Tesla on Mars.

Also Read: Robots On The road: What The Future Of Drones Looks Like