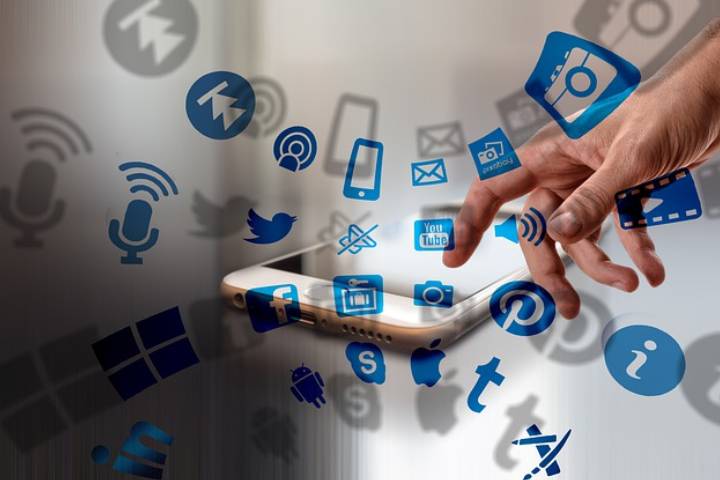 How to build an Online to Offline marketing system from scratch and attract tens of thousands of people from social networks and instant messengers to offline stores. Chizhov Studios case.

Selling directly on social media or driving an audience to a website is a standard practice in SMM. It is much more challenging to bring users from the Internet to offline points of sale. You need to build a selling funnel and create a sales analytics system.

We will tell you how the Chizhov Studio specialists launched O2O marketing for the Smile Rainbow brand, what attraction mechanics they used, and how they got 37 thousand sales worth 12.5 million rubles.

“Smile Rainbow” is a large chain of stores for cosmetics, household chemicals, perfumes, and household goods. We have been working with the company for more than three years, and during this time, we have achieved the highest engagement rates in the niche, increased sales during the crisis, and launched three major online games.

We continue to develop the brand on social networks and solve the most non-trivial tasks.

Last fall, two critical tasks had to be solved:

How We Solved The Problems

Initially, offline sales from social networks were not tracked in any way, so we needed to build an O2O marketing system from scratch and, at the same time, think over and implement an audience acquisition funnel.

Thinking Of A Selling Funnel

At the project’s launch, competitors in the niche did not have such funnels implemented. Therefore, we thought out each stage from attraction to sales from scratch, relying on our experience and understanding of the “Rainbow Smile” brand.

We divided the audiences by motivation into cold and warm in the funnel. The cold audience has not yet interacted with the brand on social networks and the website, so we have provided additional segmentation of advertising campaigns by interests for them. They decided to attract a warm audience “head-on.”

We decided to choose messengers as landing sites. In 2021, this is one of the most effective communication channels with the audience. The open rate of messages here is nine times higher than in social networks.

The leading platforms were Telegram, Viber, and the VKontakte mailing list. WhatsApp was also in the plans, but we postponed it due to the complexity of implementation. The fast launch was a priority, so we first decided to launch on VKontakte, during this time to introduce instant messengers and transfer working mechanics to them.

We have three offers options to attract an audience to the mailing list: certificates, coupons, and a prize drawing. We will return to them later.

Built A System For Tracking Buyers From Social Networks

They decided to transfer the audience offline due to a simple mechanic with coupons. We engage audiences in the newsletter and issue time-limited coupons that can only be used in offline stores.

We put a unique barcode on each coupon, which can be read at the checkout in the store. The buyer needs to show the picture with the coupon directly on the smartphone, and the discount will already be included in the final receipt.

Thanks to this, we will find out exactly which channel the buyer came from and in what period he used the promo code. This means that we will conduct channel-by-channel analytics to convert a newsletter subscriber to an end customer.

Based on the created funnel, we began to work on a promotion strategy. We worked on user behavior in social networks to develop the concept of messengers for the “Smile of the Rainbow” brand.

Since we have been working with the company for a long time, we have enough information about the audience: we collected data from VKontakte and Instagram’s statistics and processed data from the advertising office. As a result, we got a detailed portrait of the target audience.

Based on the portrait of the audience, we chose the tonality of the warming up letters and outlined the format for the content of the funnel. They also chose the formats of advertisements and determined the principles of working with text and visuals in letters.

As a result, the concept of messengers “Rainbow Smile” was formed: the basis was creating a closed club, in which promotions, discounts, and special offers are published, which are not found anywhere else on the Internet.

Further, the preparation of the landing sites began. We created bots in Telegram and Viber, connected them to the mailing service. We already did mailings on VKontakte, so we just made a different audience base.

Then we started working on chatbots to automate interaction with the audience. The chatbot should be simple; its job is to send out an introductory message and tell you how to use the coupon. It was launched when subscribing planned the rest of the warming-up notifications for specific dates and times.

Next, we created subscription pages – these are intermediate pages on which the user learns the details of the newsletter and subscribes to it.

We tested several options for subscription pages: with one and two messengers. As a result, the page with two buttons showed the best conversion.

We worked out several formats, offered options to attract an audience, and gradually tested them.

To begin with, we decided to scale up the mechanics of discount coupons. The first hypothesis is the division of coupons into product groups. We select certain products and make a 35-40% discount on them. At the same time, we decided to try to attract users to a coupon with a small discount on the entire check.

Three coupons were identified as offers:

As a result, after several weeks of testing, we analyzed the effectiveness and saw that the coupon with a 15% discount on all products showed the best results. This offer brought more than 3.5 thousand subscribers to the mailing list, the other two – about 800 subscribers.

In the future, we decided to use only a coupon with a 15% discount for the entire check-in advertising and give the rest of the coupons inside the mailing list to increase audience loyalty and conversion into purchases in the offline store.

In the next step, we decided to test the effectiveness of competitive mechanics. We chose a relevant prize to the audience – an electric grill – and launched a competition to subscribe to the newsletter.

After subscribing, the user immediately received several coupons for different categories of goods and a discount coupon for the entire receipt. Thanks to this, we could track the purchases of the audience from social networks and instant messengers in offline stores.

The competitive mechanics worked well, but we decided to improve them. Instead of material prizes not directly related to the company, they decided to raffle off certificates. Thus, we attracted a more targeted audience, and even the winners of the competition eventually came to stores to use the certificate.

Thanks to this mechanic, we received almost 9.5 thousand sales per month and exceeded the KPI for the number of checks in stores.

We also tested the format of offline events. We organized a family holiday for the residents of Murino and Novy Devyatkino with a drawing of prizes. They gathered an audience with the help of targeted advertising for the mailing list, in which they were then reminded about the holiday.

Additionally, we have launched sowing in the publics of the respective cities. We have increased the audience of the mailing list and the number of people at the event.

We made handouts with coupons to motivate the audience gathered at the event to visit stores and make purchases in the Smile Rainbow stores.

Also Read: 2022 Marketing Trends That Will Impact Your Business