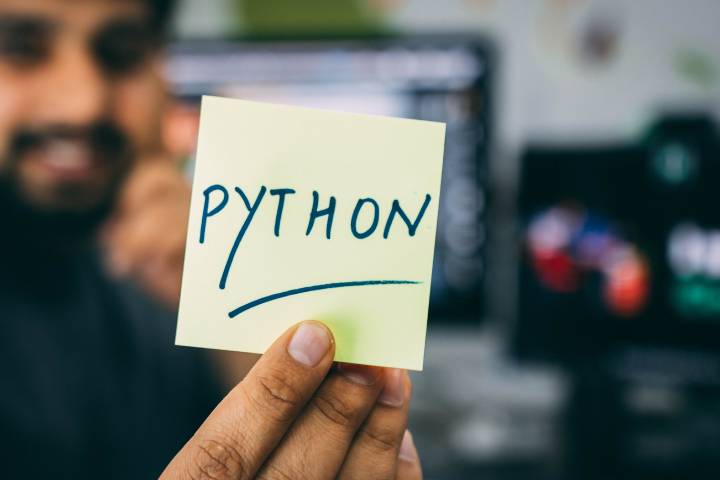 Python is versatile and suitable for various types of applications, from simple system scripts to large and complex object-oriented applications used by millions of users.

Let’s consider how this language can be helpful when developing microservices.

Some developers criticize the language for its slow performance: applications written in Python tend to run slower than compiled, statically typed languages. But it’s a fair price to pay for faster application deployment. Python might not be the best choice for high-traffic, high-load applications. But it is well suited for medium-load web applications and at the MVP stage.

In addition, the language is evolving, and there are ways to speed it up if speed is a critical issue for an application. For example, you can use the PyPy interpreter with Just-In-Time (JIT) support or convert a piece of code to compiled by creating C extensions or Python.

There are a vast number of frameworks for Python; consider those that can be useful for developing microservices:

Popular full-featured Python framework. It is mature, well documented, and has a large community. Django is suitable for small and large projects as it scales well, is secure, and reasonably fast. However, if all you need to do is create a server-side REST API, Django might be overkill. Then you can turn to the Django REST Framework, which uses Django as its primary engine: it has a more straightforward interface for developing REST APIs.

A popular micro-framework for microservices in Python, It is lighter and faster than Django. Most often, this is the default choice for any web project that, for some reason, is not suitable for Django. Flask has many extensions for customizing storage options, database interactions, authentication and authorization, security, and more. Of course, this configuration will take time, but as a result, there will be no unnecessary libraries in the application. Several shells on top of Flask can be helpful when implementing the Microservice chassis pattern: PyMS, Eve.

A performance-oriented microframework. It runs on PyPy and supports Cython on CPython. It has a limited set of features, but it is faster than Django and Flask. Falcon can be a good choice for high-performance applications.

They are designed to improve performance in an environment with a large number of simultaneous connections. The most common uses in this group are FastAPI and Sanic. They have a similar syntax to Flask and a high speed of work. Many also recommend Starlette, which FastAPI is built on top of for its lightness and flexibility.

PHP is a scripting language for developing web applications. Let’s name its most essential features from the point of view of microservices:

PHP frameworks for microservices: which to choose

Let’s look at several frameworks that can be used to develop microservices in PHP:

Laravel: Laravel is considered to be one of the most popular PHP frameworks. It is versatile, reliable and secure. However, this is a rather heavy framework due to the large number of features that make it slower than the alternatives. It is not advised to use it in small projects in which, for example, graphical interfaces are not planned.

Phalcon: A good choice if productivity is essential to your project. This framework is fast because it comes as a C extension and uses code compilation, not interpretation.

Slim: is a PHP microframework that helps you quickly write simple yet powerful web applications and APIs. Unlike full-featured platforms, it offers a minimal set of tools, here a low entry threshold. Essentially, Slim is a dispatcher that receives an HTTP request, invokes the appropriate callback procedure, and returns an HTTP response. Suitable for developing simple applications, especially if you have no experience with other PHP frameworks.

Lumen: is a micro-framework, a lightweight version of Laravel, designed explicitly for microservice and API development. It is recommended to use it when you have experience with Laravel, but you need a faster and more compact solution. If the project’s complexity grows, it can be easily ported to Laravel and continued in a fully functional framework. This advantage is often the key when choosing between Lumen and Slim.