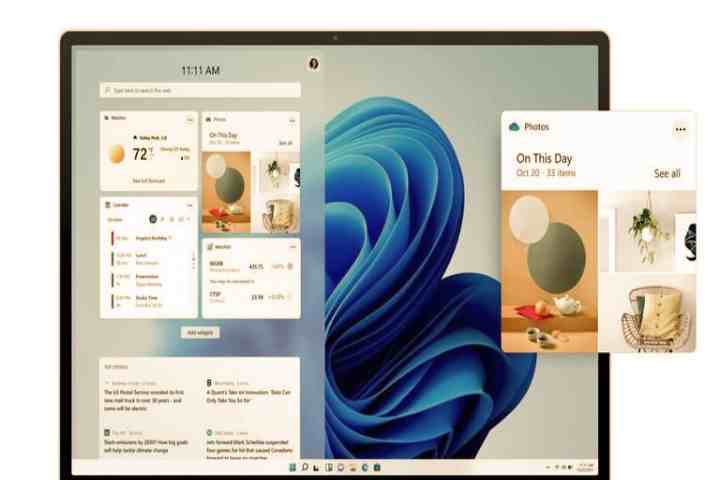 Paint is one of Microsoft’s historical applications: it was born with Windows, and over the years, it has been renewed with a dropper. But with Windows 11, the restyling will come.

Who hasn’t gotten lost at least once in their life drawing shapeless objects on Microsoft Paint, especially when computers were in their infancy, and the internet was still a hologram? We all did it a bit, although it was evident that the mouse was not the ideal tool for creating credible digital paintings.

Everyone imagines that Paint is an ancient application. Still, many might ignore its actual age, which is the same age as Windows: 36 years ago, the first version of the Microsoft operating system debuted in which Paint was pre-installed, a ” program “which has certainly evolved over the years, but which has remained virtually unchanged about the rest.

And it has remained. Windows has grown considerably in over thirty years. Paint has always accompanied the numerous versions of the Redmond constantly up to the present day when no one would ever question its presence on board the recent Windows 11 (that’s when it arrives and how much it costs).

The Preview Of The New Paint Comes From Microsoft

And it is precisely on Windows 11 that the Paint should be redesigned, revised. After all, the following Microsoft operating system made official about a month ago has been significantly revised in graphics, so the company has decided to reserve the same treatment for a historical Windows app to make it more consistent with the new environment.

Developers who in recent weeks have learned to familiarize themselves with the Windows 11 preview found that Paint had remained unchanged from a graphical point of view. However, those who were disappointed underestimated that not being the final version of Windows 11, things could still change from there to the release, and indeed it will.

To unveil in advance, creating a bit of healthy expectation in those who can’t wait to familiarize themselves with the new Windows was Microsoft itself, which in the past few hours has shared a photo of Windows 11 on Unsplash in which the new user interface that the company would have reserved for Paint.

Paint Will Have a More Rational Interface

An interface much more modern than the current one, which remains consistent with the spirit of Paint but updates it to our times. From the few evaluations that can make through the display from an image, it seems that Microsoft has put a hand to the layout of Paint, thinking of those who will use the software with a pen and a touch-sensitive display.

In the program’s toolbar, under the File, Edit, etc. menus, the icons contain fewer explanations on their operation – after all, we have had years to memorize them – and thus benefit from a more rational use of the available space.

If and how Paint will be on Windows 11, we should still know for sure soon: the Redmond operating system will pass relatively more quickly in the final RTM phase, that is, the preparatory one for marketing.