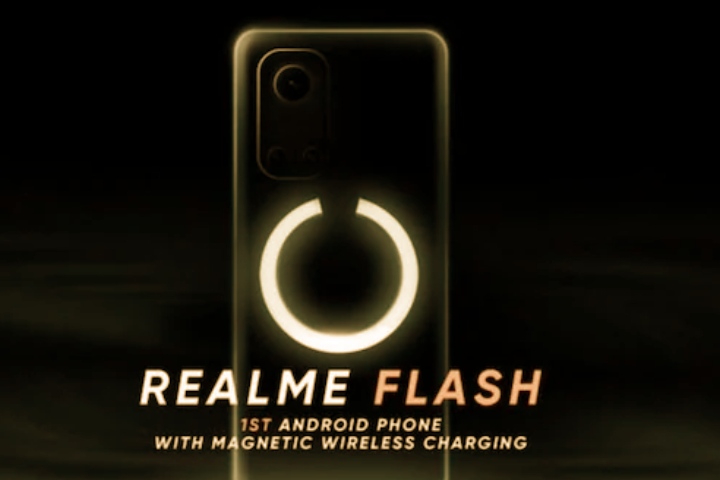 Realme will be the first company in the Android landscape to offer magnetic wireless charging, while Realme Flash is the first smartphone to support it

It will not be necessary to wait long to find out all about the first magnetic wireless charging of the Android landscape, presented by Realme on August 3 during a dedicated event. However, to the rumors of recent days about the wireless charger. Others are now added that enrich the story of other elements before the launch.

The device that will first support magnetic wireless charging that Oppo’s subsidiary will call MagDart will be Realme Flash, whose name anticipates the concept of speed around which the smartphone was designed. The speed ​​that derives from hardware between chips and memories is expected to be at the top of the magnetic wireless charging technology, designed with the speed of the process in mind.

Although magnetic wireless charging is a relatively young technology – at this moment, only Apple offers it on the iPhone 12 – Realme has invested a lot to evolve the process, and judging by the rumors about Realme Flash and its MagDart, it would have succeeded.

The Maggart Refill Of Realme Flash

Realme Flash will therefore propose a system very similar to that of Apple, with a magnetic area on the back surface which instead, it is said, will always be visible thanks to a ring-shaped motif in correspondence with the affected area.

The rumors about the news have ” gone mad, “and they have tried to describe as many details as possible in recent days. Thus it emerged that the slower magnetic wireless charging that the Realme Flash and MagDart duo will propose would have a power of 15 watts, which is the maximum to which can push the current iPhone 12 with MagSafe

The charger designed by Realme to achieve “slow” magnetic wireless charging will have similar features to the Apple device, so it will be fragile and just as light; there are few doubts about it and its 15-watt charging.

There are a few more on the second model of MagDart magnetic charger, also because it is an absolute novelty, that is, considering the entire smartphone landscape. It will be a fast magnetic wireless charger, and the considerable charging power is the basis of its size, which should be abundant.

The Mag Dart accessory will be made entirely of metal to favor the dissipation of the heat that will inevitably be generated when charging Realme Flash and other compatible products. For this reason, it seems in all probability, in the lower part, there will be an active cooling system, presumably a fan with a relatively direct vent for the passage of air. No precise information on the possible charging power, even if the prevailing hypothesis can be around 30 watts.

Realme Flash should be a top-of-the-range, or at least high-end, Android smartphone. It couldn’t be otherwise for a product assumed to come with the Snapdragon 888 chip and up to 12GB of RAM and 256GB of storage.

The little information filtered so far assumes the use of three cameras on the back and little else, but we won’t have to wait long to find out every aspect about it.

Also Read: The 5G Smartphone With 54 Days Of Autonomy